One of the biggest downturns in my life! - Paul E. Wanvig

One of the biggest downturns in my life!

How Dr. Thomas Rau M.D, the founder of Swiss Biological Medicine appeared to me in the twelfth hour.

My journey from burnout to living an enlightened life has been a rollercoaster, which though exciting, has also been very challenging. In this article, I am sharing with you the experience of one of the lowest points in my life and what went wrong last year (2017). You will also see how I found the solution to my several of my biggest health problem, and how it can be of benefit to you too.

2017 was one of the hardest years since my burnout in 2003 that almost killed me. For the past fifteen years, I have done everything in my power to find a solution to the problem that caused my health crash in '03.

I have found answers to the other important mysteries: how to fill my life with happiness, joy, meaning, abundance and love. I thought I was close to figuring out how to fully regenerate my physical health, but then I collapsed again at the beginning of 2017.

Here are some highlights of the interview:

You can see all the exciting interviews I did with Dr. Thomas Rau here.

Since orthodox Western medicine failed to find a cure for my ailment, I had decided to seek alternatives in complementary medicine. Starting in 2004, I pursued every avenue I could find and spent thousands of hours learning and subjecting myself to functional medicine, acupuncture, homeopathy, traditional Chinese medicine, meditation, feng shui, astrology, shamanism and much more. I felt I was close to a breakthrough, because I could feel myself getting better by the day.

But during the last few months of 2016, I began to sense something was wrong with my body, even though I couldn't put a finger on it. It all came to a head during my first seminar in Norway in January 2017. There were more than 100 seminar participants eager to learn about the practical uses of shamanism in their daily lives, but for the first time in my life, I could not muster the energy to conduct the seminar.

I felt completely empty after the first day. I was unsure if I could continue, and I had thoughts of possibly needing to cancel the seminar. Somehow, I was able to mobilize enough energy to finish the seminar reasonably well. 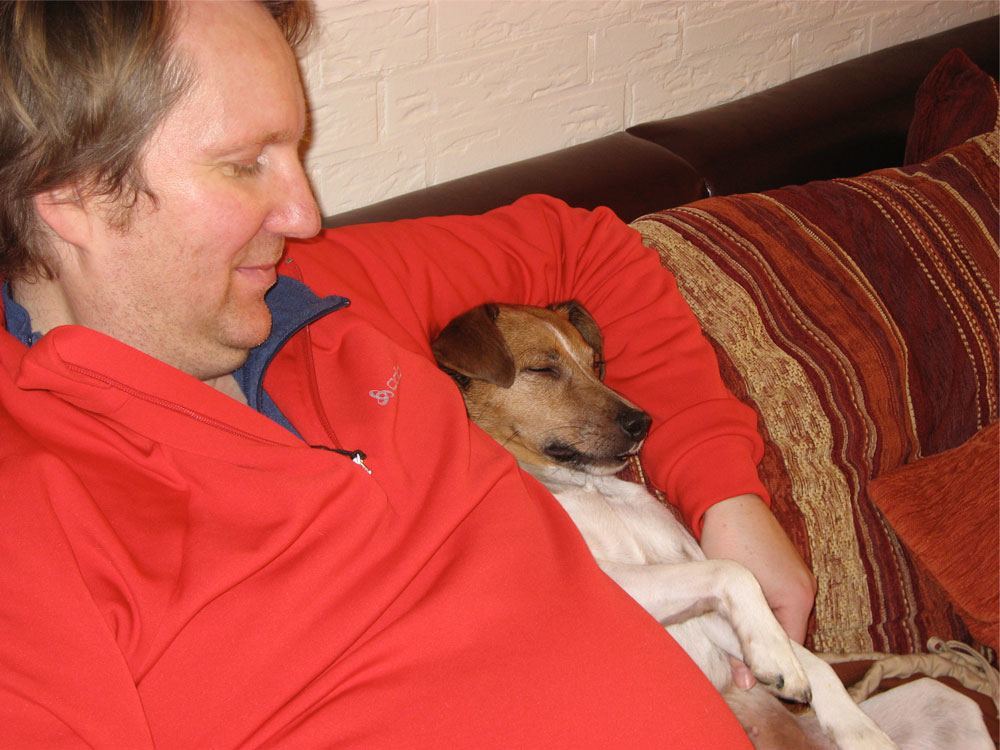 Over the next few months, things began to get a lot worse. It got harder for me to teach my seminars and travel for them. I had to cancel many appointments, because I was always falling ill. I ended up taking a summer vacation for three months, but it was of no help at all.

Although I'm an optimist by nature, this got me very worried. I began to prepare myself to make major changes in my professional life, but these thoughts made me feel miserable. It seemed that my body was becoming too weak for me to continue doing what I love most—holding seminars and counselling people on how to find their path and to get back to being themselves.

On the other hand, I was frustrated because I had spent many years, time, energy, and financial resources to look for solutions to get in shape again. How was it, that my body could no longer produce enough energy anymore, almost overnight?

It seemed to make no difference that I had excellent nutrition with a hyperallergic diet without gluten, sugar, milk, and soy, which included low FODMAP, and so on. Losing more than 40 kilograms (90 pounds) helped little. Healing my severe sleep apnea with more than 25 breath stops per hour and no longer needing a CPAP machine (breathing machine) also helped little for my lack of energy.

Every professional I met gave me the same answer, over and over again: “We find nothing wrong with you, Mr. Wanvig...”

Yet I could feel that there was something wrong with my body. I could, among other things, feel the inflammation in my head. My face and gums felt swollen and inflamed. So many thoughts began to flood my mind. Was this just my imagination and hypochondria? Was this depression? I had visited a number of dentists, both traditional and alternative, and all of them said my teeth and my gums were completely healthy.

In the twelfth hour

One evening in late August, I came across a lecture by Dr. Thomas Rau, Medical Director of Europe's largest and most successful clinic in biological and complementary medicine, the Paracelsus Clinic in Switzerland. In recent years, the clinic had treated more than 30,000 patients from 80 countries for cancer, burnout (CFS/ME), Lyme disease (borreliosis), MS, Morbus Crohns, ulcerative colitis, and all types of chronic diseases with very good results.

I had known about the clinic for several years, but I hadn't really studied what they were doing. This time, I read all the books by Dr. Rau, as well as reviewed his lectures and every other material he had published. Dr. Rau and the Paracelsus Clinic said they were experts in cases like mine: those who had more or less been given up on by orthodox medicine. 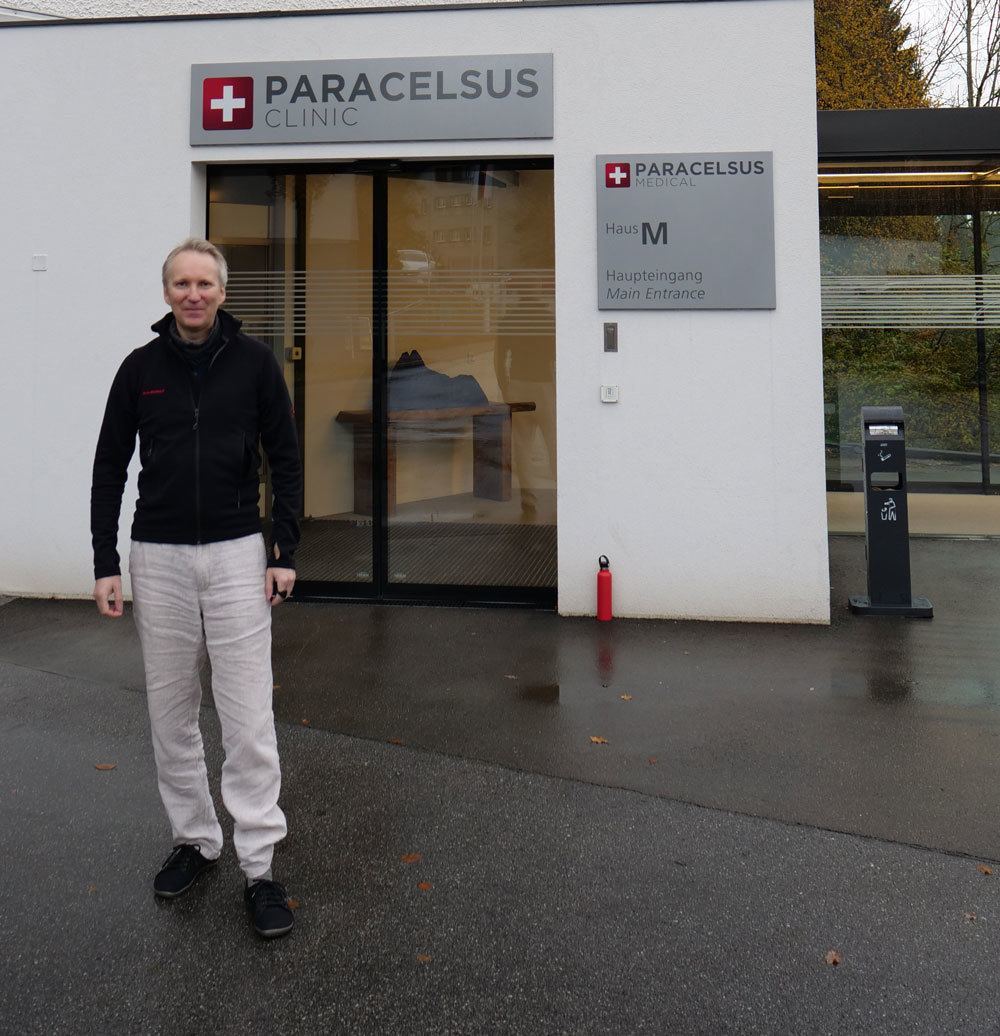 Three months later, I sat in the office of Dr. Rau, as both a patient and a journalist. I had spent two days at the clinic going through intensive diagnosis using both Western school methods and methods of biological medicine that I had never heard of before, to find the causes of my chronic condition.

The first station I was sent to when I arrived was the dentist, who took a panorama and a three-dimensional x-ray of my teeth and gums. Dr. Rau presented the results of this first. He lifted his eyebrows when he saw the pictures of my teeth.

"Here we probably have one of the main reasons why you are chronically ill and that no therapy has worked on you. You have a strong inflammation in the pockets around your upper wisdom teeth that are hidden under the gum" he said. He then explained the health consequences of having hidden wisdom teeth with inflammation, root fillings, cavitations, implants, and metals in the mouth (including amalgam).

"In more than 70 percent of all cancer patients we have at the clinic, the main reason behind the cancer lies in the dental health of the patients. Therefore, we always send all patients to our dental clinic first to take a 3D and panorama image of the teeth,” he continued.

Dr. Rau also said that it helped little what types of treatments and therapies I was being treated with unless the root causes of the disease are removed, like my infected wisdom teeth. My wisdom teeth had caused me trouble for many years, but I didn't know it was a potentially serious problem. The inflammation had significantly reduced my body's ability to regulate itself, thus blocking my body's own self-healing powers.

At first I was relieved that someone finally found something wrong with me at all that could be the reason for my chronic fatigue. But I was also frustrated because I had been to several expert dentists who found nothing wrong with me. The last dentist I visited the previous year even had a professor's title in holistic dentistry, and he repeated what the other dentists had said: “There's nothing wrong with you, Mr. Wanvig.”

How could dentists not find such obvious problems that even I could pinpoint in the 3D images Dr. Rau presented to me? The reasons can be many, but I think that lack of understanding and knowledge about inflammation and consequences of hidden wisdom teeth, inflamed cavitations, root fillings, implants, etc., as well as lack of effective treatment methods to cure inflammation and such problems, are high on the list.

In addition, most dentists (at least in Norway and Germany) will avoid the delicate surgery I needed to remove my wisdom teeth, because they were in close contact with my sinuses.

The Paracelsus Clinic uses a comprehensive system for treatment before, during, and after dental surgery to avoid problems, such as infections, and for making sure that the holes created in the jawbone during surgery heal fully within 3–6 weeks.

“If the dentist is not an expert in this type of procedure, it can cause major problems for the patient,” said Dr. Rau.

In article 2, I will share an interview with the dentist who performed the surgery on me, and you will find out about what they do at the dental clinic and how the surgery went.

Overview: Introduction to my journey with Dr. Thomas Rau and Swiss Biological Medicine

Article 1: One of the biggest downturns in my life!

Article 2: Serious illnesses can originate from the teeth

Article 3: Holistic diagnosis and treatment of complex and chronic diseases

Article 4: Find inner balance in your life through the art of self-regulation 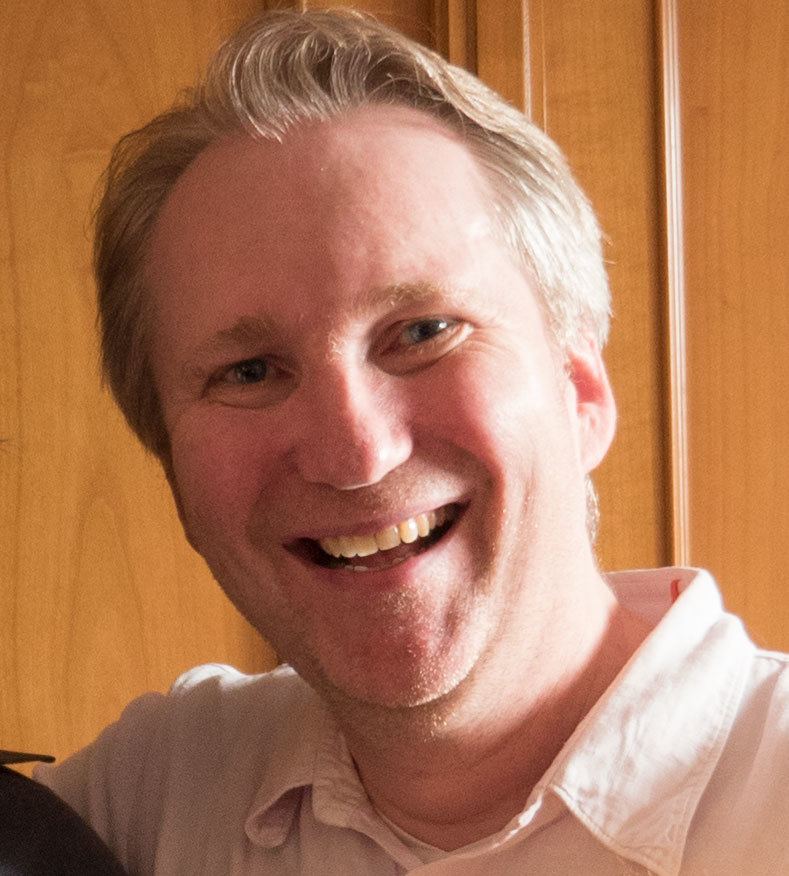 Paul E. Wanvig is a Neoteric Shaman, entrepreneur, journalist, author, speaker, bio-hacker, spiritual teacher & encouraging optimist dedicated to helping you and your family live a Fulfilled Life and ending the stress and burnout epidemic by Utilizing the Best of Modern and Ancient Scientific Practices, Medicine and Technology.

Sign up to get VIP access to his upcoming eBooks, online video trainings and valuable weekly health tips for FREE!

You will get VIP access to the upcoming eBooks, online video trainings and valuable weekly health tips for FREE!

Please log in again. The login page will open in a new tab. After logging in you can close it and return to this page.